Do you have a Wearables Marketing Strategy?

I recall just a couple years back, when I spoke to digital marketing friends and clients alike, if they had a social media marketing strategy, I usually get one of three general responses (usually accompanied by a queer look on their faces):
i) “Yes it is, but only on Facebook.”
ii) “Well, yeah… Kinda, sorta, you know… the guy I work with is top-notch, so there should be.”
iii) “Huh?”
*note: for those who are still scratching their heads, Hootsuite has a great article on how to plan your social media marketing.

Fast forward to today, with the explosion of social media platforms/sites/apps, and the rise of Smartphone adoption (and with it, the ease of following those social media channels), you will be losing out on quite a bit of owned and earned media if you have only one channel to market yourself and reach out to your followers. But if you are still at the stage of figuring out how well your social presence can impact your business, then you had better be doubling up on the effort because the next wave is upon us, and it comes in the form of wearables.

Not that a website will directly impact the user experience on wearables, but with an explosive growth coming up as this Business Insider article indicates, it would be foolish not to start looking at how to digitally market to the estimated 150 million smart devices in 2019.

Of course the delivery of the marketing message might differ from current daily operations, but the general idea would pretty much be the same. Starting with the construction of the content to best fit the medium/platform, and when best to have the user see that message. As we move from past to present and into the future, it is hard to miss the fact that things will just get more complicated because more data can be read and gathered about a user, which in turn, brings users expectations to a higher level as they will be expecting a higher level of tailored 1-to-1 content.

One of the biggest advantage of wearables marketing is the ability to tap onto many consumer behaviour and habits that were previous untrackable. If a convenience store were to be having a promotional offer on some sports drink, in the past, we would see banners and/or display stands sitting outside the store front hoping to attract passers-by into the store. Today, that store may even throw in some location-based mobile advertising to bring awareness of the sports drink to people around the store.

But what if those ads could be targeted more specifically to people who are exercising near the vicinity. Imagine a jogger picking up his smartphone, at the push of a button starts tracking his run and heart rate. Upon completing his run and cooling down, an in-app message is displayed congratulating him on a job well done and reminding him the importance of hydration, points out the nearest convenience store and gives directions and estimated time to reach that wonderful beverage… and by the way flash this message to get a discount. How cool is that!

The introduction of wearables opens up a whole new door to digital marketing, and some companies have gone as far as to manufacture some of their own smart devices, with Nivea and Durex being two that immediately comes to mind.

Give technology just a few years and I believe that I’ll be caught saying to my clients and friends, “if you are still figuring out your wearables marketing strategy, you had better be doubling up on the effort because the next wave is upon us…” 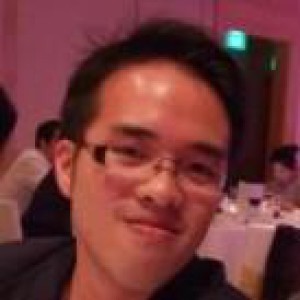